Since I couple of years, I’ve been intrigued by the “Chinese language”. Especially the Mandarin writing language always fascinated me. How can a language have sooo many ‘letters’ in its alphabet…And how in xxx’s name is one able to learn that many words and syllables?!

From time to time I pick up some of the books on Mandarin writing and reading that are gathering dust here…But it’s never more than ‘picking up, leaving through it and putting it away.’

The 21st century, however, might have the solution beforehand! Apparently, there’s a thing called apps. Small little software applications that run on your mobile phone. There’s a gazillion language learning app…and I tried many of them. In this post, I briefly review those app that ‘survived’ my comparison and which I now can recommend!

Note: even though I only compared the apps to learn Mandarin Chinese, most can also be used to learn other languages.

All apps have Android and iPhone versions. 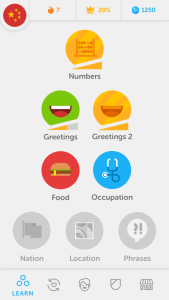 I love DuoLingo, I’ve used it to freshen up my Français and even briefly learned the essentials of Russian with it.

For Mandarin Chinese, the app is ‘handy’, but in my opinion not the best in line. 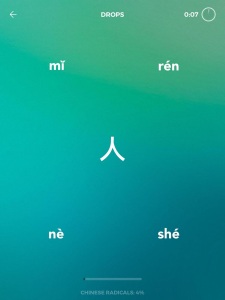 A very stylish app that uses spaced repetition learning (of which I’m quite a fan), but on steroids and in way more sleek and fun manner. 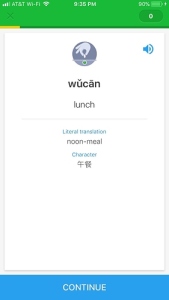 At the moment, Memrise is the first app I start up if I feel like learning. It used to be DuoLingo, however, Memrise (Pro) is way more fun and has more variation. I especially like the way it suggests what type of exercise you should do next. 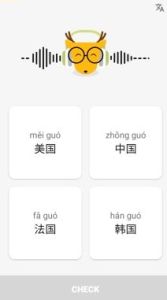 A very thorough and professional looking app. As far as I can tell, it’s made by Asian, as it’s only usable to learn certain Asian languages (which is a good thing).

This app quickly lets you write short sentences with the few words you’ve learned, which makes it a very fulfilling experience.

I’ve only briefly used this one because the learning curve was very steep. The main forte of this app is the integration with a foreign speaker that help you correct your writing and speaking skills.

The app itself is very thorough and I’m pretty sure it will become very handy once I get through the basics.

And I though Busuu was hard, or DuoLingo irritating. I’m not sure yet what to think of Mondly. It’s very big, has many of the features all the above apps also have. And it even has a bot to talk to.

I just don’t understand their learning method: they show an English word, like man, and then show 4 big pictures one of a man, a woman, a child and a tree. To Mandarin word that each picture depicts is written very small on each picture. In other words, you seem to be learning English and not Mandarin.

Once you then get through those ‘warming up’ questions you are immediately thrown into the deep and have to solve large, difficult sentences without any help.

I’m not yet deleting the app because I like the amount of content they have and I think it well, just as Busuu, become more handy once I get through the basics.

This is a sweet one. The app contains many texts (mainly popular fairy tales) in both English and Mandarin. You can read (and listen) to the stories and choose what to see: only the Mandarin text, or in a splits view both languages. The app shows where you are in the stories, making it a great tool to really learn to read.

But yeah, this is definitely an advanced app. I’ll be back on it.

Some apps I didn’t test thoroughly (or not at all) but that might be interesting:

The Chairman’s Bao (price for the funniest named app)

So what app should I pick?

If you have to choose because you don’t have time to open 5 apps every day to learn, my personal top 5 for beginners would be:

Later on, if you’ve acquired the basics:

This site uses Akismet to reduce spam. Learn how your comment data is processed.